The stone statue of Old Master Cannoli is located inside the Secret Woods, in the very top left corner.

600-1,000g) and then give the statue the resulting Sweet Gem Berry as you would give a gift, the statue's eyes will turn red. Thereafter, interacting with the statue will give you a Stardrop. This will only work one time. After that, you won't be able to interact with it anymore. 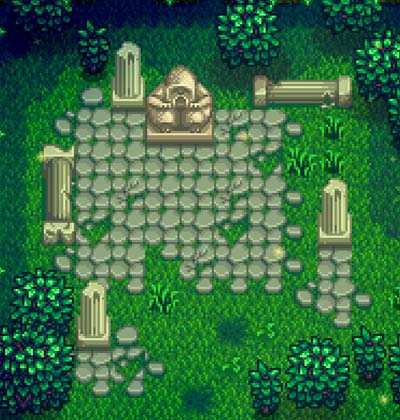 Old Master Cannoli may be a reference to "Obi-Wan Kenobi" from the Star Wars Series, as the two share similar appearances, and their names even sound similar.