A Scarecrow is a craftable item that prevents crows from eating crops. Scarecrows can be crafted at Farming level 1. Scarecrows are not needed to protect crops grown from Wild Seeds, since crows do not attack them.

Since there are no crows on Ginger Island, no scarecrows need to be planted on the farm there. 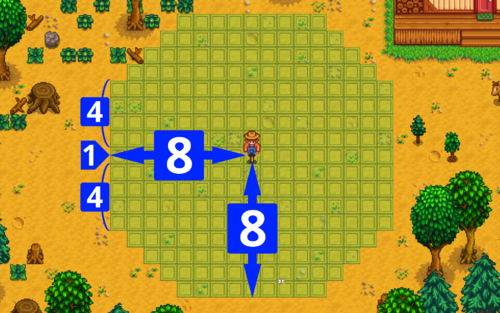 Rarecrows work the same way as regular Scarecrows, except for the Alien Scarecrow, which hats can be placed on. Soon after (usually the next day) collecting all 8 rarecrows a letter will arrive with the recipe to craft a Deluxe Scarecrow.